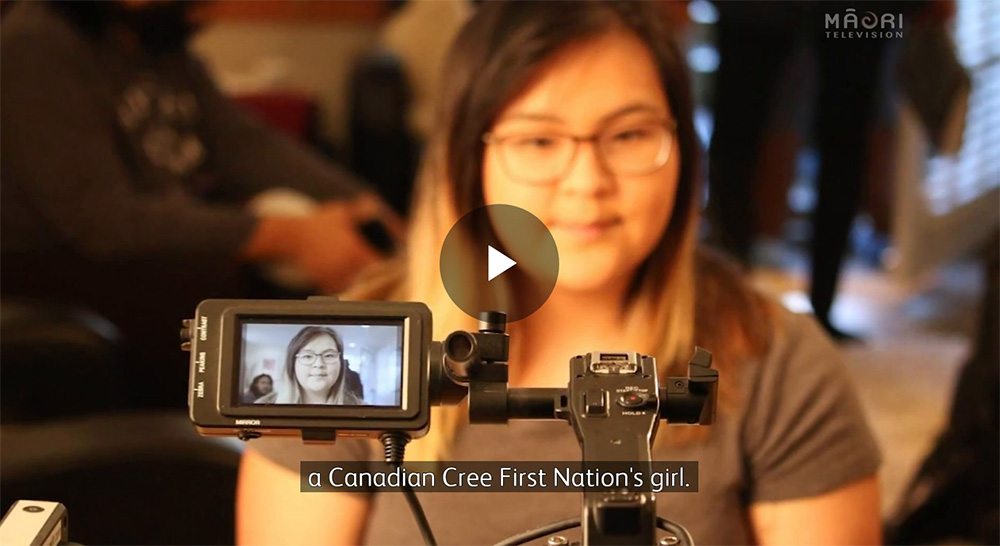 “Having an ability to tell stories across continents, across mediums, across social media platforms- which is quite frankly where story telling seems to be going.  It’s wonderful to have whakairo and raranga – it’s great to have platforms in these digital forums for our kids”.

Mikaere is part of the Digital Natives Academys who are helping create Anika, a Māori character in the web series called Fierce Girls.

The series is about Anika and Kisik a Canadian Cree First Nations girl.

“Fierce is a response to an empty space when it comes to providing storytelling for indigenous girls all around the world, things whereby we can have visual arts, social change, technology [and] story-telling all intersect but use that as a means to actually inspire rangatahi,” says Mikaere.

Filming for the series is taking place in Canada by WorkShed Productions.

TangataWhenua.com in collaboration with Kumara Patch, 4CompanyB, Digital Natives Academy all located in Rotorua are working on the digital animation for the project.

“We were able to get an amazing communication across both countries,” says Mikaere, “That’s been quite a challenge because while some might be having a hui at 1am others might be animating at 1pm so it’s that cohesiveness of the project- getting it to actually work across the world using the internet”.

The web series will launch in June.